From Wikimedia Commons, the free media repository
Jump to navigation Jump to search
Shortcut
This project page in other languages: 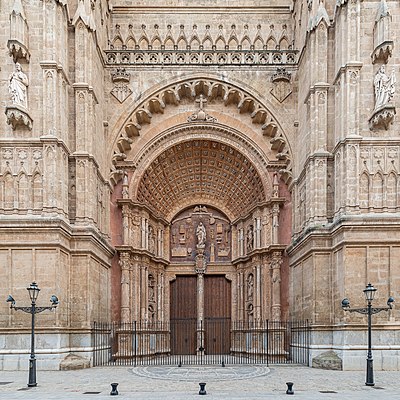 It already seems to have plenty

File:Dwellings and pirogues on the Mekong bank of Don Det Laos at sunrise with pink clouds.jpg[edit]

Done Good point. The full panorama spans 145 degrees horizontally, so I was under the impression that a rectlinear projection would not look very well; but I've now played around a bit with it and the relative positioning of the castle, and think the new version is definitely better. Thanks for the other feedback as well! I'm aware of the relation of f-values on my sensor, but thought that usually f/11 or higher is used on fullframe for landscapes (and was usually satisfied with f/8 for my camera, without noticing too much diffraction) -- I'll keep that in mind and try out changes in the future. Is there anything specifically you suggest I could do in post processing about the artefacts you see? --Domob (talk) 16:02, 6 January 2022 (UTC)[reply]

Comment That's an interesting observation, and it does indeed look a bit weird. I've aimed for the verticals to be correct, rather than horizontal lines in the perspective. I tried playing around with the roof as well, but wasn't able to produce anything that looked more realistic or better. After checking back on the map, I actually think that this view is the correct perspective, and the castle is sloping away from the viewer towards the centre in reality. --Domob (talk) 17:55, 6 January 2022 (UTC)[reply]

Comment I tried that (including setting horizontal control points). The effect is that the forest on the right is extremely distorted. If you check on the map (e.g. OpenStreetMap), you will see that the castle is actually for real moving backwards in relation to the line of the forest on the right, so with a composition like the one in the picture (viewing towards the centre between castle and forest) it is expected that the perspective is as it is. --Domob (talk) 18:13, 6 January 2022 (UTC)[reply]

@Benh: At approximately 3,000 px high (12 MP), I don't think f/16 FF has any noticeable impact on IQ. It's only on high-resolution sensors that diffraction starts to kick in at the pixel level. The blur on the edges looks like lens imperfections, but since it's already stopped down to f/8 I think this is just the best the lens is capable of producing. -- King of ♥ ♦ ♣ ♠ 18:36, 6 January 2022 (UTC)[reply]

Voting period is over. Please don't add any new votes.Voting period ends on 11 Jan 2022 at 05:34:19 (UTC)
Visit the nomination page to add or modify image notes.

Note that the description below is for manual closure, this is mostly not needed anymore as there exists a bot (FPCBot) that counts the votes and handles the process below. However after the bot has counted the votes a manual review step is used to make sure the count is correct before the bot again picks up the work.

Any experienced user may close requests.

Manual archiving of a withdrawn nomination[edit]